James Scott’s book "The Art of Not Being Governed" laid out his thesis of state evasion and state prevention in upland areas of SE Asia and caused a great controversy.

Blocking the Path of Feral Pigs with Rotten Bamboo: The Role of Upland Peoples in the Crisis of a Tay Polity in Southwest Yunnan, 1792 to 1836

The Role of Upland Peoples in the Crisis of a Tay Polity in Southwest Yunnan, 1792 to 1836

Abstract: This paper challenges James Scott’s thesis of state evasion and state prevention as the basic features of lowland-upland relationships. It scrutinizes the validity of Scott’s assumptions by examining the case of prolonged violent conflict in a tiny Tay polity feudatory to China during the late eighteenth and early nineteenth centuries. Civil war broke out in the Mäng2 Khön1 polity (Mangshi, Dehong Autonomous Region in southwest Yunnan, China) due to mismanagement by the monarch of two upland peoples, the Jingpo and the Ta’aang. The analysis of the hostilities furnishes no evidence to validate Scott’s thesis of mountain areas as refuge zones for migrants from lowland oppression. What it does expose, however, is the symbiotic side to upland-lowland relationships. It concludes that symbiosis of upland and lowland was a central issue for the maintenance of political and social stability. Rather than viewing diametric opposition as the main characteristic of upland-lowland relations as Scott does, this study demonstrates the role of interdependence and cooperation, and reveals that relationships between upland peoples and Tay polities shifted according to changing politicosocial circumstances. It also identifies the late eighteenth and early nineteenth centuries as a tumultuous period for upland and lowland, when the migration of new ethnic groups forced basin polities to readjust their strategies.

The Art of Not Being Governed: An Anarchist History of Upland Southeast Asia 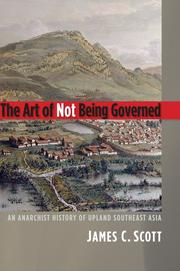