Living in Shangrila: Tibetans and Mosuo in Northwest Yunnan

Tibetans and Mosuo in Northwest Yunnan Abstract: When Diqing Prefecture, opened its doors to foreign visitors in 1992, tourist agencies and government officials promoted Zhongdian County as the Shangrila of James Hilton’s novel Lost Horizon. In 2001 the city officially changed its name to Shangrila. On a high plateau of over 3200 meters, surrounded by snow covered mountain peaks, inhabited mainly by relatively prosperous, friendly and contented Tibetans, with beautiful monasteries, lakes, forests and summer flowers, the county’s scenery and lifestyle certainly bore a strong resemblance to that in the novel. Living in Shangrila describes the life and environment of the Tibetan people throughout Diqing Prefecture. It also examines their neighbors the Mosuo, a branch of the Naxi nationality, who adopted Tibetan Buddhism as their religion, but are still mainly a matrilineal society, unique to Yunnan, living around Lugu Lake, the most picturesque body of water in the province. The book includes over 200 photographs.

The Terrace Builders: The Hani and their Neighbors in Yunnan's Ailao Mountains

The Hani and their Neighbors in Yunnan's Ailao Mountains

Abstract: The rice terraces of the Ailao Mountains in southern Yunnan province, China, are some of the oldest terraced farms in Asia. First mentioned in Tang Dynasty records, these farms, 80% of which are irrigated, with water running through them all year round, have been in continuous use for over a thousand years. In 2013 UNESCO declared the heartland of this area a World Heritage Site. The Terrace Builders is a detailed account of how these farms are made and used, the cities and mountains of Honghe Prefecture and the far north of Vietnam, as well as the various ethnic minorities who live there. The book pays special attention to the Hani people, the largest ethnic group in the area, and includes summaries of the culture and clothing of their neighbors the Yi, Miao, Yao, Zhuang and Dai. The book includes 300 photos of the land and its people.

Xishuangbanna: The Tropics of Yunnan

The Tropics of Yunnan 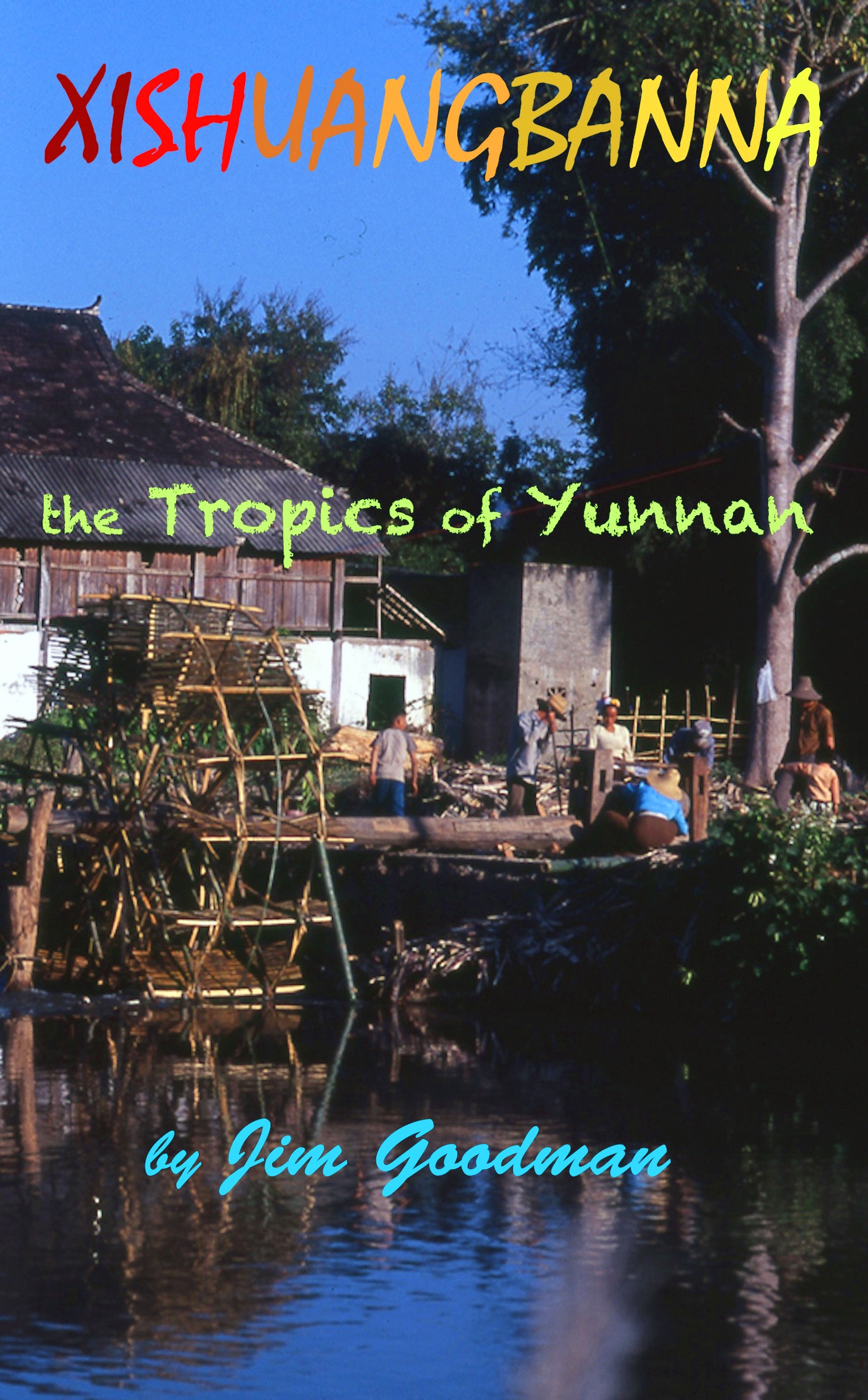 For most of its history Xishuangbanna existed as an autonomous state on the remote southern periphery of China, run by the same Dai family since the 12th century. Lying in the tropical zone, on the northern rim of Southeast Asia, with flora and fauna not only unlike the rest of China, but even unique in Yunnan province, it has had close ethnic and cultural relations with its neighbors in Myanmar, Thailand and Laos. The valleys are home to the Dai nationality, while several ethnic minorities inhabit the hills. Xishuangbanna: the Tropics of Yunnan narrates the history and development of the Dai people, their culture, society and religion, from ancient times through the period of incorporation into the Chinese state. It also covers the characteristics of the lifestyle, culture and celebrations of the peoples of the mountains, as well as the economic and political changes of recent times and their effects on both hill and plain.

Children of the Jade Dragon (Kindle Edition): The Naxi and Yi of Northwest Yunnan

The Naxi and Yi of Northwest Yunnan

Kindle edition with a new preface by Jim Goodman, looking back at the change the last twenty years have brought.

Grand Canyon of the East

Few westerners have travelled to Nujiang as many times as Jim Goodman, the province's modern explorer. In this book he shares his insight into the history and people of the 'Grand Canyon of the East' in his typical conversational style. Illustrated with many photos.

Yunnan: South of the Clouds

South of the Clouds

The Exploration of Yunnan

Jim Goodman is perhaps the most widely travelled westerner in Yunnan, the Col. Davies of our time (but without the railways). In this book, Jim Goodman tells the history of Yunnan's early explorers and guides those following in their footsteps to the province's less explored regions. A new, expanded and updated, edition has been published in Hong Kong by Odyssey books.

Children of the Jade Dragon: the Naxi of Lijiang and their mountain neighbours the Yi

the Naxi of Lijiang and their mountain neighbours the Yi

In the first half of the 1990s Lijiang had barely made its appearance on the Chinese tourism stage, even less so the then remote mountains of Ningland and Lugu Lake. Jim Goodman's account of the Naxi and the Yi draws back to a time where not everything was staged for mass tourism: an account of a lost world.

The Akha: Guardians of the Forest

Guardians of the Forest

The Akha, in China known as the Aini branch of the Hani people, migrated from China southwards into Laos, Burma and Thailand. In this richly illustrated book J Goodman, aka 'Akha Jim', explains their life and culture.