Opening of the Fishing Season 开海节

The opening of the fishing season on Erhai is celebrated at a lakeside temple some two kilometers north of Shuanglang.

The Kaihaijie is an event developed entirely for tourism promotion, and while the photos of the mountain of old women look quite picturesque, the event is otherwise without any interest. Local people do not participate, those who come get paid by the government.

The date of the festival varies from year to year, but it is held in summer or autumn. The date for 2015 has finally been announced, see http://www.coolzou.com/Article_33668.html

Festival held according to western/solar calendar on 28.10. 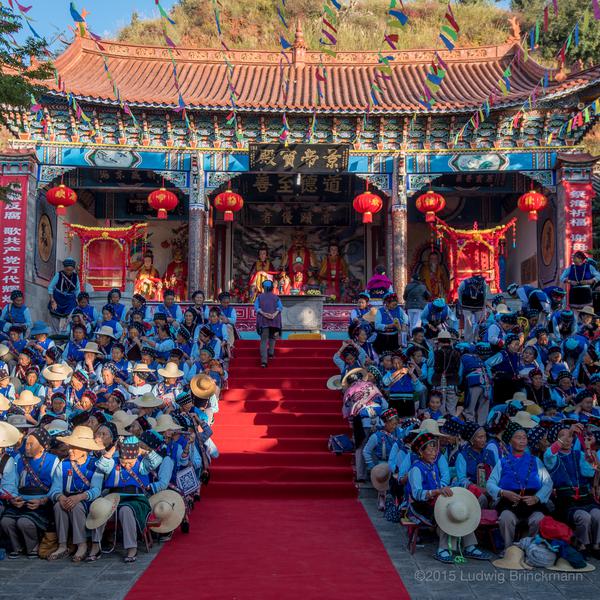