The Hani Kuzhazha Festival is something like a Hani New Year, celebrated at the beginning of the fifth lunar month.

The Hani people of Jinping, Yuanyang and Honghe all celebrate the Kuzhazha festival during the fifth lunar month.

The first day is a day of preparation, where the houses are swept. On the second day in the late afternoon offerings are brought to the ancestors which seem to live in a corner of the house. Some groups have a token to represent the ancestors while others do not. The third day is a communal affair where all villagers come together and eat in a long table festival.

The starting date varies from region to region, but is generally fixed to the first dragon, tiger or other day in the fifth month.

Festival held according to lunar calendar on 农历5月初1. 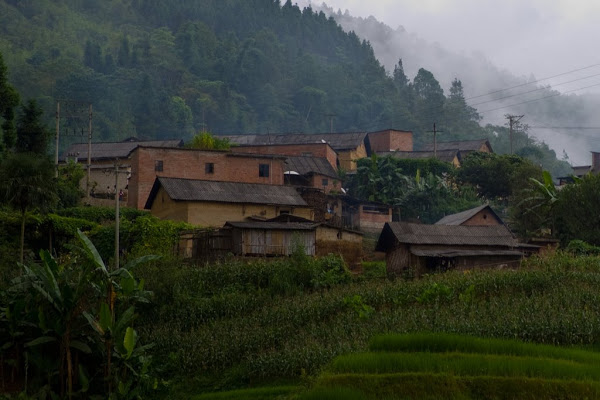