Every year, for a few days beginning the 15th day of the New Year, the Jingpo celebrate the Munao Zhonge Festival, literally meaning "Let's Get Together And Dance".

Then the Jingpo from all over come together in large dancing grounds to celebrate their ethnic identity. Each day begins with a dance in the morning lasting around ninety minutes and concludes with one in the afternoon. The dance consists of two long double files of men and women, led by Jingpo ritualists in dramatic costume. The columns meander over the festival ground, symbolising the Jingpo migrations through the mountain areas over the centuries. When the columns meet, theirs leader perform a ritual fight.

One of the largest festival grounds is in Jiegao, the border town near Ruili, while another one is near the pagoda of Yingjiang.

Festival held according to lunar calendar on 农历1月15. 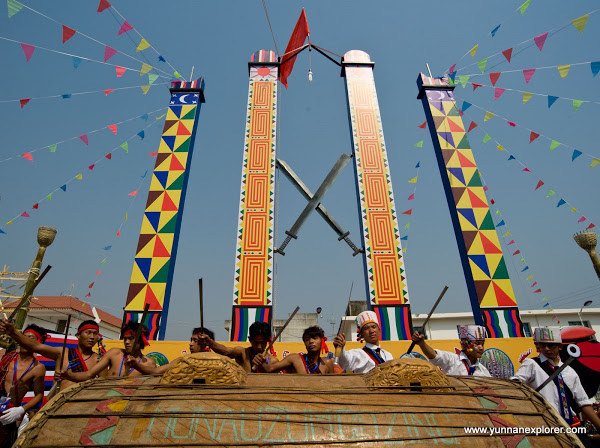