Thursday, 4. May 2023 in Bingzhongluo, Gongshan County

Few festivals illustrate so much the syncretic nature of Yunnan's religions as the Nu Fairy Festival.

The Nu are a small ethnic group living in the upper reaches of the Nujiang, mostly in Gongshan County. There, at the end of the road, is Bingzhongluo, a small caravan town. Bingzhongluo is the main home of the Nu.

Their most important celebration is the Fairy Festival, held annually on the 15th day of the 3rd lunar month. The festival commemorates the woman who built the first rope bridge across the river. A local ruler chose her to be his wife, but she refused turning into stone in a small cave to escape his advances.

The festival illustrates the syncretic nature of many of Yunnan's religions. Even though the Nu have come into contact with the Christian Church and many attend church in the nearby villages, they have remained animists. During hte Fairy Festival they come to worship at the animist shrine and it is considered lucky to drink some of the water dripping from the stalactites, the symbolic milk of the fairy.

Yet outside the cave Tibetan monks officiate over the ceremony, giving their blessings and playing religious music.

Festival held according to lunar calendar on 农历3月15. 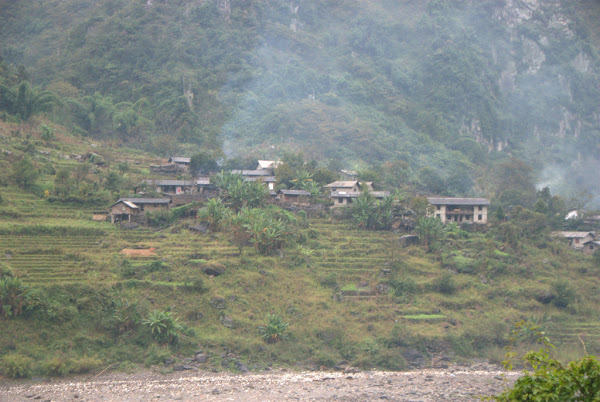