A Bai Azhali Buddhist ritual performed at the Caishen Temple on the way up to Thousand Lion Mountain.

Festival held according to lunar calendar on 农历6月15. 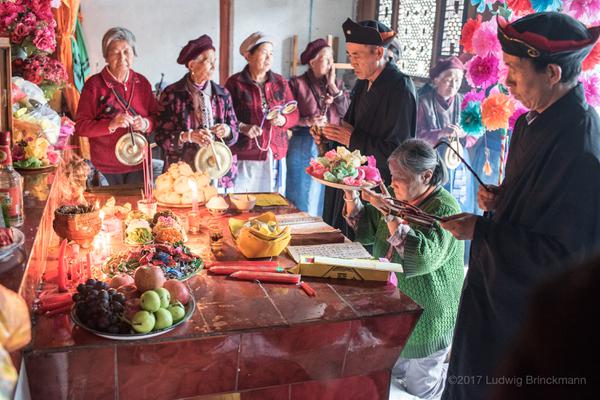