The second day of the second lunar month is the day the dragon raises it head 龙抬头 or the dragon spring festival 春龙节, so it is appropriate that Yimen's temple 龙泉寺 holds its annual temple fair this day. Over time this had evolved into an event dominated by local plays, but sadly the custom seems to be vanishing with drama and performance reduced to a much diminished role in a festival dominated by shopping and eating.

The festival usually lasts three days, with plays performed at the stage at the temple on the first day, while a large town market is held near the Culture Square. Appropriate to the day, some dragon dances are performed. While a play is performed for the opening ceremony at the temple, the performances mainly take place at the stage on the central square in the evening.

Festival held according to lunar calendar on 农历2月初2. 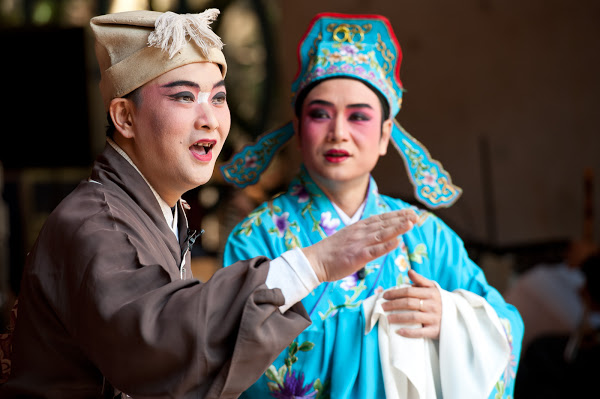