A festival of the local Yi people in honour of a local hero, celebrated with dance and performances.

The legend of the festival holds that Jinxian 进贤, a local yound man, was drafted into the military when the country suffered a foreign invasion. Leaving his village he pledged to return in time for the next spring festival. But it was more than a month later, on the eve of the eighth day of the second month, that he returned, wounded but decorated, to his village. The festival celebrates his return. While the name of the festival could be translated as 'One hundred excellent poems', in fact it is a transliteration of the Yi word for 'hero'. In 2011, the festival was celebrated with a big event, however, it seems unlikely that other years will see such an effort by the local government. Possible contact telephone: 庆典筹委会电话：0691—8745012 Internet resource: http://www.banna.travel/bencandy.php?fid=39&id=1837

Festival held according to lunar calendar on 农历2月初8. 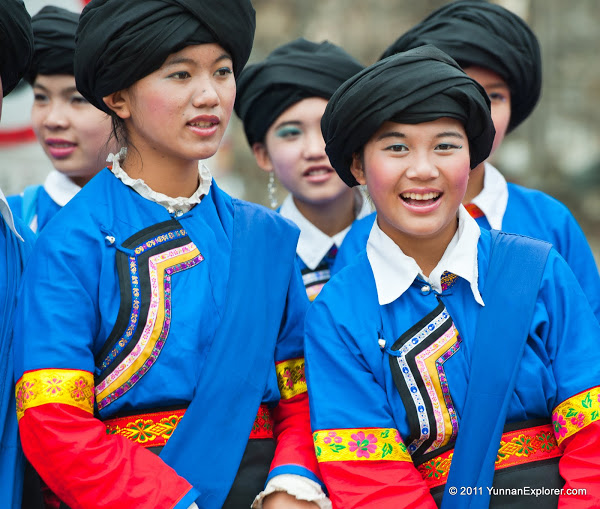