Temple fair at the old Zhamei Temple in Yongning.

The Tsongkhapa Festival remembers the anniversary of the death of the founder of the Gelugpa school of Tibetan Buddhism. It is actually celebrated all over the Tibetan areas. It also appears as 甘丹安曲 or 燃灯节 Lotus Lantern Festival.

The annual event at Zhamei Temple north of Yongning begins after sunrise when the monks emerge from their morning meditation to hoist a large Thanka on the front of Zhamei temple where then a small altar is set up. After these preparations the statue of Tsongkapa is paraded around the temple complex and placed on the altar. Local people are then invited to pay their respect and make donations. Later in the morning more people start to gather waiting for the masked temple dance to commence. The dances begin after the monks have received donations in the form of food, clothes and cash and had lunch.

Festival held according to lunar calendar on 农历10月25. 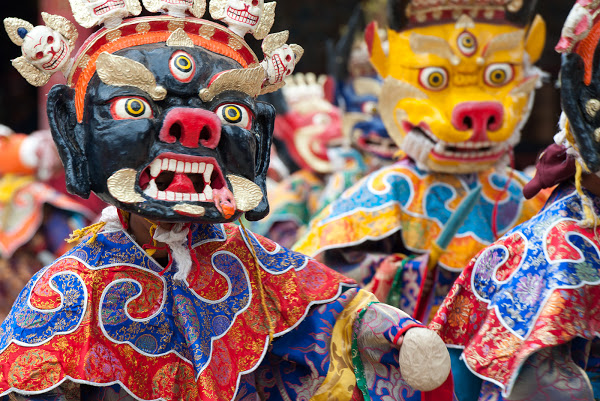