Yongping's Watersplashing Festival is a far cry from the commercialisation in Jinghong, but with a great participation at various temples over a few days.

The Watersplashing Festival celebrates the Dai New Year in April.

The origin of the festival lie in the ritual bathing of the Buddha statues in the temples, but in many cases the festival is nothing but a great carnival.

Yongping's valley has some of the nicest Dai Buddhist temples in Yunnan. They are the center for the completely un-commercialised festivities which here take place a few days after the normal 13 April.

Festival held according to western/solar calendar on 16.4. The date of the festival seems to vary a bit. 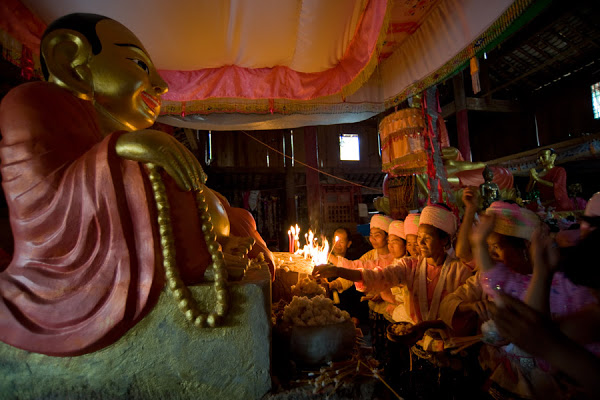