It is in Diqing, Yunnan's northwestern corner, that Tibet begins. Countless icy mountains tower over the land, dissected by the deep gorges of the Mekong and Yangzi. In Diqing Yunnan's scenery is its most dramatic: In the south Tiger Leaping Gorge, one of the worlds deepest, is a paradise for hikers, while in the north the peak of Meili Snow Mountain has never been scaled. Dotted around are Tibetan monasteries, Christian Churches and the dense forests are teeming with wildlife.

The Diqing Tibetan Autonomous Region, as the northwestern part of Yunnan is officially known, is shaped like a butterfly: two mountain highlands the wings, separated by the deep Jinsha gorge, the butterfly's body. The eastern, slightly shorter, but broader wing is the county of Zhongdian, now renamed as Xianggelila, while the western part are the Deqin in the north and Weixi in the south. Diqing is part of the "Three Rivers in Parallel" Unesco World Natural Heritage Site, a region of unparalleled biodiversity. From the hot and often desert-like river valleys of the Jinsha (the upper Yangzi) and the Mekong, the second major river running to Diqing, the mountains rise steeply to more than 5000m, their highest peak Meili Snow Mountain with 6740m. While the Mekong continues south through an arid gorge, the Jinsha turns sharply north at Shigu. This geographically most important point known as the "First Bend of the Yangzi": were the Jinsha to continue flowing southwards, like the Salween and the Mekong, much of central China would be deprived of water and an important line of transport. With most of Diqing at an altitude over 3,500m the region has some of Yunnan's most inaccessible terrain and settlements are few and far between. But with its inhospitable nature comes Yunnan's most spectacular scenery: in the south Haba Snow Mountain and Tiger Leaping Gorge, one of the world's deepest, in the north the Meili range, its Kawagebo peak holy to Tibetans and never scaled by humans. In Zhongdian and Deqin most of the small population is Tibetan. Weixi has a large number of Lisu."""

Western missionaries were not always welcome in Yunnan. And when in 1867 they opened a mission in the upper Mekong valley, on the gates of Tibet, they incurred the wrath of Tibet's rulers.

Renamed to attract tourists, Zhongdian is one of two Tibetan dominated counties in Yunnan.

A grubby and poor county dominated by mining.

The entire Diqing region is sparsely populated and while transport is much better than it used to be connections are not as frequent and particularly smaller places are poorly served. Accommodation and particularly food are more expensive than in the rest of Yunnan. 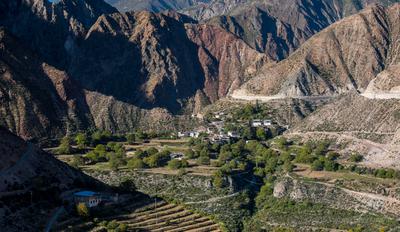 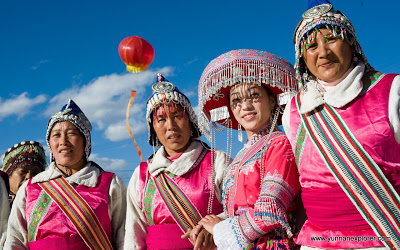 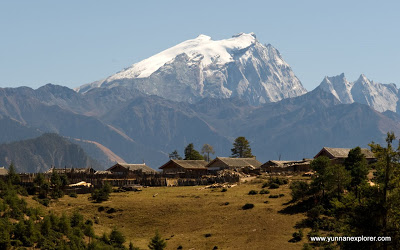 At the Races in Zhongdian 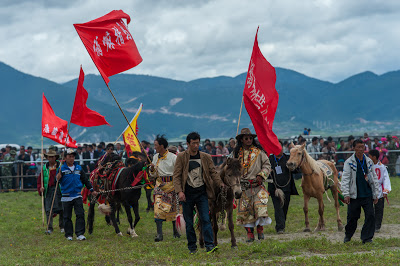 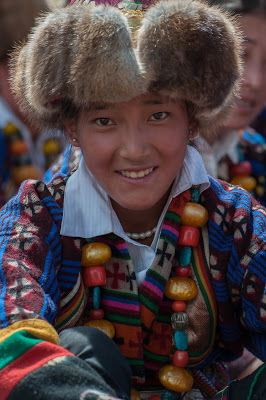 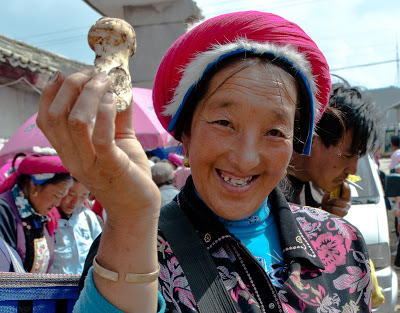 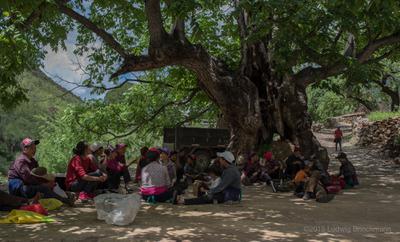 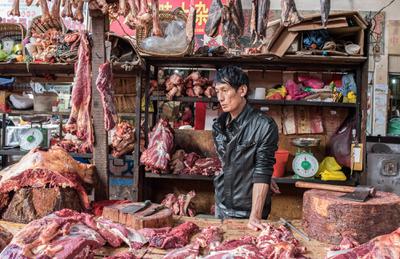