Largest Miao village in the Kunming area with a large Christian community and a nationally-acclaimed church-choir. Xiaoshuijing, meaning Little Water Well, is the largest Miao village in the Kunming region, with about 150 households (about 450 inhabitants). Like other Miao villages in the north of Kunming Xiaoshuijing has a large and active Christian community. The largest building in the village is the church, a plain modern building, where mass is held on Sundays at noon and is famous for its choir.

Christianity was brought to the area by Arthur G Nicholls (called 郭秀峰 Guō Xiùfēng in Chinese), an Australian missionary in the service of the China Inland Mission who followed in the footsteps of Samuel Pollard, see https://en.wikipedia.org/wiki/Arthur_G._Nicholls. Nicholls arrived in Sapushan, in nearby Wuding county, in 1906 and continued quite successful missionary work among the Miao and Yi until he was forced to leave the country in 1944.

The church in Xiaoshuijing itself was established in 1937, but Christianity was brutally suppressed during the Mao years. Wang Zhiming (https://en.wikipedia.org/wiki/Wang_Zhiming_%28Christian%29) , a Miao who took over the pastoral duties after Nicholls departure, was executed in 1973. The story of Christian persecution and its aftermath is also told by the Chinese dissident Liao Yiwu in http://www.yunnanexplorer.com/bibliography/publication/liaoyiwu2011/. For the Sapushan mission see http://www.shimenkan.org/sj/en/sapushan/.

The church choir in Xiaoshuijing is still going strong today. In 2002 the local government recognized the Christian choir as a Miao folk song troupe and in 2003 the choir won first place in a West China competition for folk song and even participated in the 2009 Spring Evening Gala on CCTV (see also http://english.peopledaily.com.cn/90001/90776/90882/6899776.html).

The bus from Fumin to Dongcun 东村 passes through Xiaoshuijing a few times per day. Hired vehicle up maybe 80Y and there is enough passing traffic for the journey down. There are no restaurants or places to stay nearby. 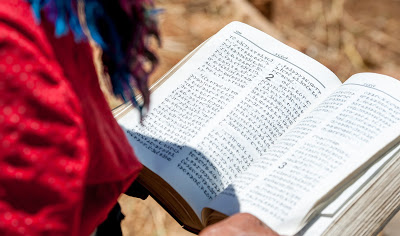