Spectacular alpine scenery borders the Nujiang Canyon: to the west rise the 4,000 m Gaoligong Mountains, to the east the even higher peaks of the Biluo Mountains. Between them, almost straight from north to south for 200 km, runs the Nu River, in the west better known as the Salween. To the east of the Biluo Mountains runs the Lancang River, the Mekong. West of the Gaoligong Mountains, separated by a high pass, runs the Dulong River, its valley the home of the Dulong people.

The southern section of the Nujiang is administered by Lushui County. Immediately north of it is Fugong County, while Gongshan County covers Nujiang's border to Tibet, including the remote Dulong valley. Nujiang's fourth county, geographically, ethnically and historically distinct, is Lanping, a mining county on the eastern banks of the Mekong. The Nu river remains one of the very few rivers not dammed for hydropower — so far. Its hydroelectric potential to generate billions of kilowatt-hours is evident: running steeply through a succession of narrow gorges the river offers abundant sites for giant dams. Recently, the regional government has given in to temptations and decided to begin exploratory works on a succession of up to seven dams. Some Lisu have already been resettled, as far away as Jiangcheng near the Lao border, but the final word has not yet been spoken, because the central government is fearing a glut of energy production as a large number of not centrally endorsed power-generating projects are getting underway. In addition, environmentalists have pointed out the loss of tourism revenue as tourists are unlikely to visit the devastation the building of the dams will invariably bring. The inclusion of the gorge in the Three Rivers Running Side By Side World Heritage Site and National Park might well save it from destruction.

Into the Land of the Black Lisu

The Nujiang Canyon, on Yunnan's western frontier, was until the 1930s a blank area on the map that not even Chinese troops dared to enter. In 1905 two British explorers made the first foray into this land of the Black Lisu.

Land of the Lisu. 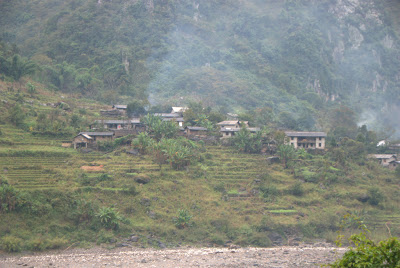 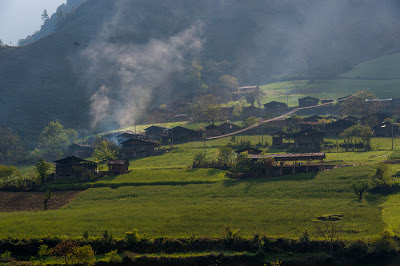 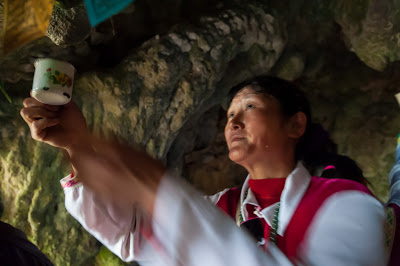 Along the Nujiang into Tibet 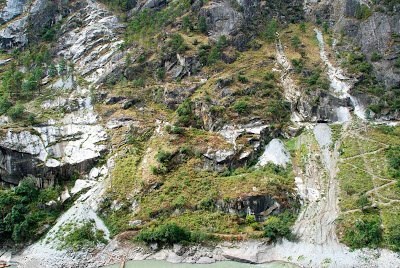